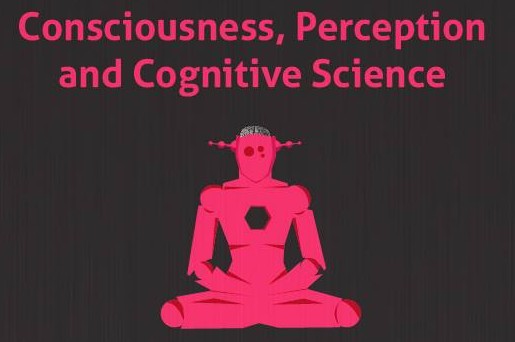 Society for Cognitive Science and Philosophy cordially invites you to the workshop CONSCIOUSNESS, PERCEPTION AND COGNITIVE SCIENCE held in Brno. It is our pleasure to welcome honored guests from the Consciousness Lab at Jagiellonian University in Kraków which will present the laboratory and their current research.

dr hab. Michal Wierzchoń: „How do we know what we see and remember? Subjective measures of awareness in perception and memory.“

Marta Łukowska, MA: „Can we see with our heart?“

Workshop will take place on November 20th at 13.00 at the Faculty of Arts, MU, room B2.24.
Program of the event and abstracts of lectures will be specified in upcoming days.

Michal Wierzchoń: „How do we know what we see and remember? Subjective measures of awareness in perception and memory.“

Michał Wierzchoń is an associate Professor at the Institute of Psychology, Jagiellonian University. Among many other things, he is the founder of c-lab, secretary of the European Society for Cognitive Psychology (ESCoP), elected member of ESCoP Executive Committee and Member of the Polish Academy of Science. His research interests are subjective measures of consciousness, attention and implicit learning, higher order theories of consciousness, etc.

Marta Łukowska: „Can we see with our heart?“

Recently, representants of embodied approach to cognition has suggested that perception is an effect of integration of exteroceptive and interoceptive information. It was demonstrated that tactile, proprioceptive, vestibular, and visceral signals influence perceptual decision-making processes and conscious perceptual experience. Assuming that perception serves survival and taking into consideration a crucial role of visceral signals in keeping homeostasis, interconnections between autonomic and central nervous systems are investigated in search of mechanism regulating their mutual influences. Studies on ANS-CNS interactions during perception reveal that both tonic and phasic ANS activity reflects and influences exteroceptive information processing. Importantly, such effects were mostly demonstrated in experiments monitoring tonic and phasic cardiac activity while performing perceptual tasks. However, not much is known about phasic cardiac activity and a role of ANS-CNS interplay in case of near-threshold perception since most of the studies were conducted on above-threshold stimulation. Thus, in our study, using near-threshold visual discrimination task, we investigated whether barely visible stimuli are able to induce phasic cardiac changes. Moreover, we test how this information might be utilised while making both types of perceptual decisions: stimulus detection/discrimination (type 1 perceptual decision) and metacognitive judgement (type 2 perceptual decision). We found out that phasic cardiac activity differentiates correct from erroneous type 1 perceptual decisions. So, interoceptive signals may serve as an additional source of information while formulating type 2 perceptual decisions and in effect enhance metacognitive accuracy in the near-threshold perception.

Marta Łukowska is a PhD student at the Institute of Psychology, Jagiellonian University. She is member of Collegium Invisibile and co-funder of Initiative Scientia Humanum Est. She worked as a research assistant at the Laboratory of Cognitive Neuroscience (LNCO), École polytechnique fédérale de Lausanne (2013-2014). Her major research interests are interoceptive and body awareness, error awareness, virtual reality and cognitive robotics.

Embodied cognitive science recognizes that our perception is greatly influenced by our action. Work on causality and sense of agency show that in visual domains of time, space, and force (amplitude) are perceived differently depending on whether or not we can intentionally act upon world. In this talk I first introduce three perceptual effects which illustrate it: intentional temporal binding, spatial binding, and sensory attenuation, respectively. Then I present how these effects are used in research on sense of agency. Finally, I focus on experimental work on temporal binding effect in sense of agency and the importance of action’s contextual cues.

Bartosz Majchrowicz is a PhD student of psychology at Jagiellonian University. He is currently working on the topic of sensory substitution. His research interests are sense of agency, intentional binding, philosophy of mind, etc.

Google has deprecated the Picasa API. Please consider switching over to Google Photos

Theme by Anders Noren — Up ↑